Leuca Cape, to the south

At the end of the earth begins the holiday: in the Cape of Leuca, the extreme tip of Italy, just listen to the silence of a marine cave to enjoy a feeling of natural well-being. Even the stormy storms or the wandering of the waves that caress the last wetlands on the coast ensure intense emotions. And if the sea, above and below, is all to be discovered, no less are the historical, artistic and natural testimonials that have contributed to making Leuca’s Cape a rare destination. Because here at the boot heel there are things to see, to do, to try.

Welcome to any time of year, for an unforgettable holiday.

Alessano – Montesardo – Novaglie
Famous for having given birth to Don Tonino Bello, esteemed bishop of peace, the beginnings of the process of beatification, Alessano boasts a historic center with the characteristic court houses that, together with that of his hamlet Montesardo, is now very much sought after by tourists, including English.

The delicacies of bakery products, fronds of durum wheat and tarallini in the first instance, excellent extra virgin olive oil, gentle villas and the rocky settlement of Macurano make it particularly interesting for delightful and cultural breaks.

Corsano – Guardiola – Funnuvojere
The seventeenth-century observation tower of Specchia Grande along the Adriatic coast, slightly backward by the sea, in an open countryside, witnesses the connection of Corsano with the fish-rich seabeds rich in tuna, palamit and curls; in the marine resorts of Guardiola and Funnuvojere the harmony of the rural landscape with the pajare, the characteristic trulli once housed the tools of the peasants now recovered for the tourist hospitality, blends with the dry walls and the treats to enjoy in lovely excursions by bike.

In Corsano, world-famous for the production of handmade neckties, do not miss the folkloristic festivals of S.Maura and S.Biagio, unique signs of a religiousness typical of Leuca’s Cape.

Gagliano del Capo – Church – San Dana – Arigliano
The wonder of a dive in the regenerating waters of the Ciolo, the stunning fjord that opens along the Gaglianian coast, is equal to that which arouses the visit of the heritage of sea caves that open in the limestone cliff in a crescendo of intensity of emotions. San Dana’s crypt, the many hypogean mills, the Daniele and Bitonti palaces, the staunchly pictorial production of Vincenzo Ciardo, originally from this land, admirable also in numerous Italian pinacoteches, the southernmost Arigliano railway station deserves to dedicate a part of the holiday in Cape Leuca to Gagliano del Capo

Morciano di Leuca – Torre Vado – Barbarano
The tomatoes of Morciano di Leuca are the ingredients that have made Salento’s gastronomy even more appreciated in the world. To the pleasure of the table adds the relaxation that offers the lawn of Torre Vado which expresses, especially in the spring and fall, all the charm of a holiday in Leuca. The religious chapels, the manor house with typical military architecture, the refurbished Palazzo Valentini, today the town hall, the court houses, the skillful artisans mastery of interest with Leuca Piccola, the historic-monumental complex on the outskirts of Barbarano where over the centuries past pilgrims headed for the Sanctuary of S. Maria di Leuca De Finibus Terrae.

Patù – San Gregorio
The archaeological remains of the ancient Messapic city of Veretum are the emblem of Patu’s rich patrimony, which includes among other things the church of S. Giovanni Battista and the monumental complex of the Centopietre, built with monoliths in the 9th century to accommodate the remains mortals of the Baron Germinian. The center of cultural activities is the Liborio Romano Palace, the eldest son of a noble and ancient family of Patù, character of the Italian Risorgimento and minister with Giuseppe Garibaldi, overlooking the square of the historical center from where to head to the San Gregorio Marina to enjoy the mythical linguine with sea urchins prepared by the innovative chefs, not before a gleaming stop in the pastry shops where the pastry is unchallenged, the protagonist of the start of the day of every gourmet tourist.

Hello – Ruggiano – Pescoluse – Torre Pali
The impressive dry construction that rises in the countryside in the Salve feud, the colombaie and the aie are the expression of the agricultural vocation that today is renewed in the tourist economy with the sought-after beaches of the Ionian Sea. On the coast from Torre Pali to Pescoluse, it is a bath in the waters of the thousand shades of cobalt blue and emerald green lined by the back cord, where the juniper, the myrtle and the lynx grow in an explosion of fragrant Mediterranean scrub. The massaging complexes of Santo Lasi, Borgini, Don Cesare, Fano, Pali, witnesses of a beautiful rural architecture, mark the stages of a naturalistic trek that can not end without the visit of the Sanctuary of S.Marina in Ruggiano

Tiggiano
The dove and the quercet of the historic garden of the baronale palace, now a municipal residence, are worth a visit to the heart of the historic core of Tiggiano; in the shade of the bell tower and the clock of the church dedicated to the patron saint of Ippatius, you will surely find very courteous Tiggians who will accompany you in the characteristic stone furnaces powered by olive groves to find out how tasting a hard wheat fringe cherry tomatoes, extra virgin olive oil and wild fennel or capers, has become the gastronomic star of the holiday in Cape Leuca. The greatest will happen to us during the january fair when the country’s band and the glittering lights transform the environment and the air that breathes.

Tricase – Lucugnano – Tutino – Sant’Eufemia – Caprarica – Depressa – Porto Tricase – Marina Serra – Tricase Porto
All the appeal of Leuca’s leader can be found in Tricase: the Palace of the Gallone Princes, the Palane Tower, the noble villas of the marina, the churches with the religious confraternities, the Abbey of Myth and the rural chapels founded from the Basilians. The Bosco delle Querce Vallonee is also located in the coastal park of the Salento Peninsula: the spectacular mastodontico of the oak of the Cento Cavalieri, a true monument of nature, is the most majestic Puglia monumental arbor with a trunk of more than four meters diameter. But it is the rich landscape of craftsmanship that made Tricase a renowned shopping center: among the most popular souvenirs to carry in the suitcase at the end of the holiday in Capo di Leuca fabrics, embroidery and lace, artistic objects in Lecce stone, very covert fully painted terracotta handmade, decorative wrought iron and copper furnishings.

Santa Maria di Leuca – Castrignano del Capo – Greater Lecce – Salignano
View from the sea Santa Maria di Leuca reveals itself with a landscape and a light of rare beauty, preserved by the Japigio promontory on which stands the inferior pontifical basilica of Santa Maria de Finibus Terrae and the white lighthouse. Cracked by the action of the wind, the coast is a succession of rocky cliffs overlooking the sea, caves and marvels of unparalleled shapes and colors. Among poseidons and white coral counters, fish and crustaceans are the true lords of these depths, rich in trumpets, scorpions, lobsters and giant horns. In the countryside of the area, through Castrignano del Capo, Salignano and Giuliano di Lecce, will surprise the almond trees in bloom at the end of December, the work of a peasant civilization that maniacally scrutinizes every plot of land and ancient popular wisdom which you will find lost in the quaint villages in contact with the lovable and hospitable people of Leuca. 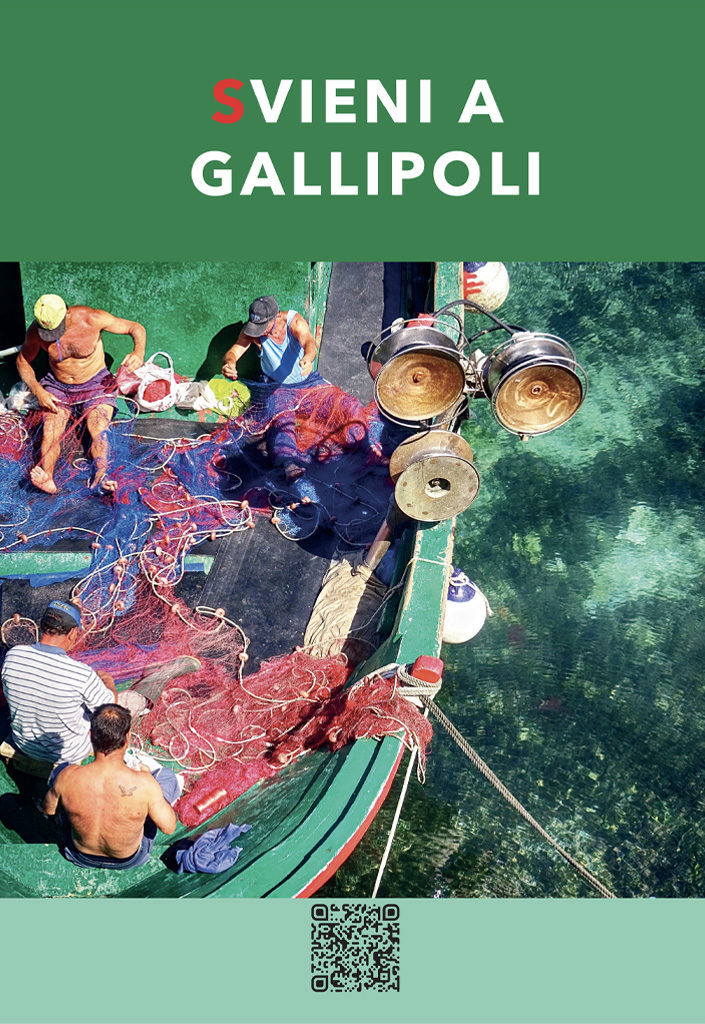 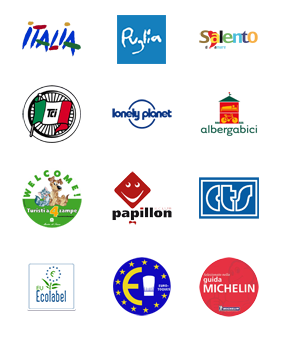